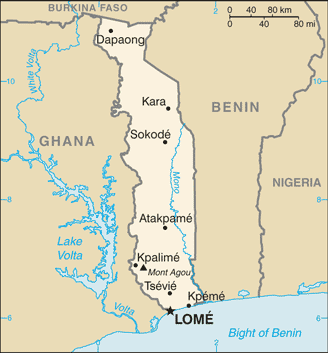 Latest news and features from theguardian.com, the...
The Guardian - Libya
Teenager saves baby from shipwreck during Mediterranean crossing
07/06/2022 - 16:10

Latest news and features from theguardian.com, the...
The Guardian - World news - Africa
Teenager saves baby from shipwreck during Mediterranean crossing
07/06/2022 - 16:10

Latest Global development news, investigations and...
The Guardian - World news - Global development
Rotary International District 9102 Get New Governor
07/04/2022 - 15:39
[Ghanaian Times] The Managing Director and Chief Executive Officer of...
All Africa, All the Time.
AllAfrica News: Ghana
WAFCON 2022: Group B preview - Cameroon, Zambia, Tunisia & Togo
06/30/2022 - 15:05
Cameroon, Zambia, Tunisia and Togo are in Group B of the 2022 Women's...
BBC News - Africa
BBC News - Africa
Togolese remain vigilant over security threat despite state of emergency
06/30/2022 - 10:42
"We are too afraid with the situation. We see clients, we are afraid...
Receive free and in real-time all news published b...
Africa News